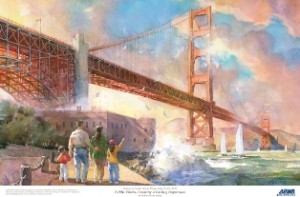 Public Works is something that is actually quite difficult to define. It consists of a multitude of various services provided to the public, some are obvious, and some are not often realized.

These consist of “must have” services such as drinking water and wastewater treatment, road design and construction and waste collection. They also consist of ones that are a little less evident, such as planning for waste diversion and transportation needs.

National Public Works Week is an annual celebration held in North America which began in 1960 as a way to acknowledge and thank the men and women who work tirelessly to provide these essential services to their community.  Public Works Week runs this year on May 20 to 26, 2012 with a theme of “Creating a Lasting Impression” which recognizes the lasting legacies that public works projects have in all of our communities.

Did you know that letters of acknowledgement were sent from Presidents Dwight Eisenhower and Lyndon Johnson, as well as a proclamation signed by John F. Kennedy, to reaffirm that this week is to be used to express gratitude and show appreciation to all of those who work quietly behind the scenes.

These jobs are not always the most glamorous — who wants to be knee-deep in sewers & biosolids everyday? (Do you know what biosolids are? Yuck!)

But it must be done, in order to provide a safe community that residents can comfortably call home.

How often do you turn the tap on to brush your teeth and there is no water? 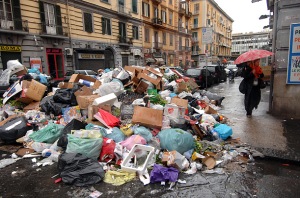 Or put trash out only for it not to be collected…week after week after week — what would happen if there was nowhere to put it? Where would it all go?

These are issues that the general public never have to think about and often take for granted in North America.  They are also services that have been provided for centuries — in varying degrees — all over the world in emerging and developed societies.

Think of the Roman Empire and their ingenious system of aqueducts designed to transport water all over the city, acting as both sewers and intake pipes.  Or the ancient Greeks who used to actually take their waste outside of the city and spread it in a field, acting as fertilizer.

All of these civilizations were attempting to provide some sort of service to their people — albeit sometimes as a result of mob riots in the street!

And unfortunately some services were introduced a little too late — the Black Plague for example was attributed to poor sanitation which resulted in the rodent infestation that was then carried through cargo ships all over Europe.

We should be thankful that in North America a catastrophic epidemic or excessive rioting with pitch forks and fire is no longer necessary to get the attention of the governing body. Nowadays these services are simply expected and are provided.

So this week — in honour of National Public Works Week, please say thank you to someone you may know who provide one of these essential services, that often go unnoticed and are frequently overlooked.